The 2021 Economic Forum Presented by the Top Canadian Economists

Every year the Economic Club of Canada interviews the chief economists from the big banks in Canada regarding their financial predictions for the year ahead.

We had the pleasure of sitting in this forum again in early January 2021 alongside hundreds of money managers, bankers, advisors, economists, and others.

• Global equities could hit an all-time high in 2021. Why? Consumers were not spending during the pandemic and will be ready to spend once lockdown restrictions are loosened.

• Inflation in Canada and the United States will be greater than two percent for the next five years based on consumer spending.

• Mr. Perrault feels there will be a “robust recovery.”

• Provided there is a successful rollout of the vaccine, there will be a meaningful economic expansion in the first quarter of 2021, continuing into the second quarter of 2021.

• Interest rate increases will be on hold for at least two years.

• Inflation will not “take-off” as some have predicted. He expected inflation will stay around two percent for a period of time.

• He envisions long-term interest rates rising and feels it is a normal reaction to a rise in inflation.

• He feels that President Joe Biden’s tax reform in the United States will be aggressive in taxing the wealthy.

Money Markets
• Central banks are committed to holding interest rates as is for two to three years.

• The Bank of Canada could even reduce rates to 0.10% if the Canadian dollar continues to appreciate.
o Note: the current overnight interest rate in Canada is 0.25%.**

Fixed Income (Bonds)
• Mr. Shenfeld feels there could be a selloff in bonds if the stock market and economy continue to improve. This could happen in the second half of the year.

• He expects there will be a rise in short-term rates in 2023 and he feels the Bank of Canada is less worried about quantitative easing.

• He sees the ten-year Government of Canada yields moving higher, and a significant breakout in inflation.

The Stock Market
• Mr. Shenfled suggests that the first half of the year in 2021 could be more volatile if the vaccine rollout is slower than expected.

• He also expects the second half of 2021 will end higher than the first half, and that the stock market will perform better than bonds.

Canadian Dollar
• Mr. Shenfeld says there will be a rally in the Canadian dollar value versus the United States dollar.

• International trade volumes from Canada could be lower as a result of stronger currency which means the Bank of Canada could cut rates to 0.10% to drive trade.

• His presentation focused more on demographics and long-term macroeconomic changes.

Climate Change
• It will be a big year for climate change.
o China, Japan, and Canada will strive for zero net emissions.
o All eyes will be on the United States as Biden rejoins the Paris Accord.

• Federal climate change plan in Canada
o Mr. Burleton said clean fuel standards are important for reducing emissions.
o The hike in carbon tax could be an issue and create lower demand for some products.
o He feels Canada will meet the Paris Accord targets of zero net emissions by 2030.

Oil and Gas
• The sector will need to reinvent itself to survive.
• Husky and other companies plan to strive for zero net emissions.

Renewables
• We will see increased investment in the sector going forward.

• It will take time for renewables, electric vehicles, and other sources to become popular.

Mr. Wright spoke to a question asked by PriceWaterhouseCoopers (PWC) related to Canadian employment. Below are his thoughts.

• Consensus is that there will be 8.70% unemployment in Canada.

• Commercial Real Estate Impact
o He feels employees working from home will impact commercial real estate due to office vacancies.
o He sees a K-shaped recovery.
o He believes that employees that earn $800/week were the most impacted during the pandemic and the amount of people in this group is above pre-crises levels. Employees that earn $1,200/week employees were less impacted.

• Female Employees
o Female participation in employment is at a thirty-year low. This could be a result of increased pregnancies throughout the pandemic and could further impact labor force growth. Further to this, he feels that more childcare benefits could be required.

Questions Related to the Housing Market

• He sees downsizing risk in the Canadian condo market.

• There will be excess supply.

• He feels there will be a seven percent decline in 2021.

• More people moving to small cities from the larger cities and these trends are due to people working from home.

• He feels REIT investments will be impacted.

• He feels there is a consensus on excess supply which is feeding into the current lower condo prices.

• He can see a small portion of institutional investors having some Bitcoin in their portfolios.

• He feels there is upside inflation risk.

• He stated, “you have to be willing to ride the roller coaster…could fall 50%.”

Jean-Francois Perrault (Scotiabank)
• He avoided the question and spoke more to commodities being more of a financial asset than Bitcoin.

• Canada has to be willing to work with the United States.

• Specifically, Mr. Marion stated there needs to be a willing to work together related to the carbon tax.

• Fiscal stimulus will be enormous once approved in the U.S. by the new government.

• There will be strong economic growth in the United States in 2021.

Check back here for up-to-date presentations from Kurt and the team.

March 2021 Newsletter from Kurt and Team 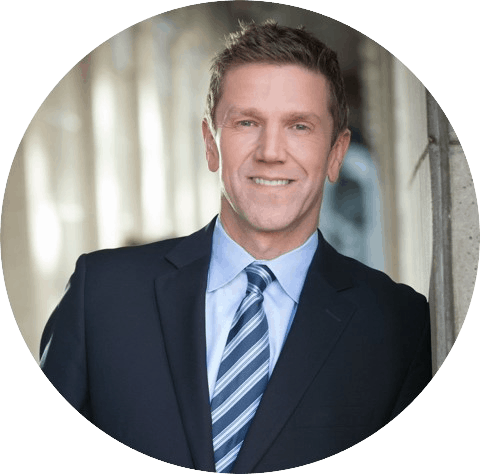 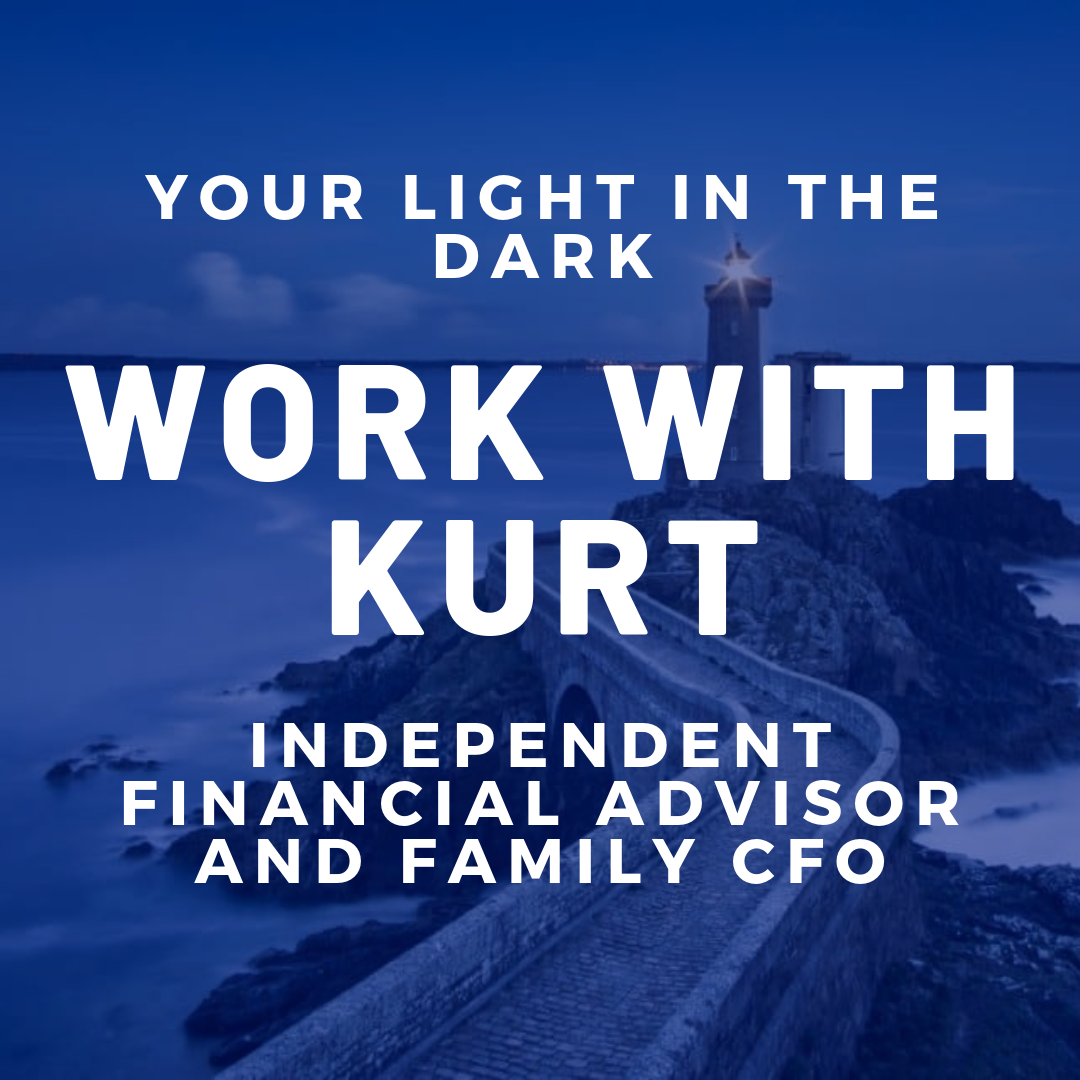 I went through three or four financial advisors before I found Kurt. Kurt is knowledgeable, very responsive, and most of all, he is genuinely interested in helping us achieve our financial goals. He's a keeper.

John Casola
It is a pleasure working with Kurt in a transparent environment. He is client focused in an industry where that is not common.

Jeff Pocock
As my financial advisor, Mr. Kurt Rosentreter has consistently demonstrated exceptional management of my portfolio with annual growth even in these turmoil financial settings. Without any reservations, I would highly recommend anybody serious about their financial futures to consult with Mr. Kurt Rosentreter before it is too late.

Dr. Mark Hsiang-En Lin
I have followed for years Kurt’s appearances on investment seminars, before I approached him to take on our investments. To date, we have been very pleased with his advice, warning, coaching us on our segment mix and his recommendations have always worked out for us.
Adolf and Beryl Fratton
Kurt’s wholistic approach to our family financial needs have given us comfort and confidence during a tough economic climate. Thank you!
Kristy Fletcher and Jim Neish
I met Kurt through my accountant’s contact and advice. I think changing my financial advisor was a very good decision, and very good advice from my accountant. Kurt is conservative and does look for our benefit, not his.
Rosana Russo
Kurt has, quite literally, a “wealth” of financial knowledge and experience based on many years of data collection and professional work/field experience. It is these skills that give me a high level of confidence and trust in his judgement and council. Additionally, Kurt is easily reachable and genuinely approachable, caring and courteous. I have never left a meeting with Kurt that I didn’t take away more useful and thought provoking information.
Palmo and Margaret D’Ippolito
It’s great to have an advisor who looks at my overall financial picture and is not averse to recommending an investment even if it means less income or fees for him. Kurt has been a pleasure to deal with.
Juleen Marchant
When we first met with Kurt, we discussed our expectations and he gave us good ideas as well as a roadmap. It is to his credit that now we are firmly on that roadmap. Thanks Kurt!
Kirit Patel
Previous
Next
12
Years of experience
1
Books Published
1
Professional Designations

By signing up to receive Kurt’s enewsletter you give explicit permission for Kurt or Kurt’s staff to email you to deliver this enewsletter.

Financial Advisor, Toronto
A Professional Family CFO that assists with all aspects of your financial affairs. Toronto Based.